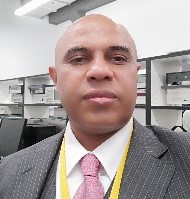 The utilization of nano properties of photocatalysts solutions is extraordinary for free viral & bacterial environment sustainably.

Mankind are exposed daily to various organic and inorganic effects emitted from invisible substances that harm our health and environment. It can be summarized as follows:

1- Infection with pathogenic bacteria and recurrent viruses. Mutations spread in the internal and external atmospheres of mankind facilities.

2- Allergy caused by fungi and mites present in the internal and external atmosphere of mankind facilities.

4- Environmental pollution resulting from toxic gases, such as gases emitted from cars exhaust and from burning plastic materials.

Researches have proven that many diverse environmental problems, as well as bacterial or viral infections, have become solvable by the application of one of nanotechnologies called photocatalysis, without the need to use any source of energy as the effect of the nanomaterials used in this purification is renewable and sustainable.

In order to understand the basics of optical catalytic technology, its functions and how to use it, it is necessary to go through a summary. How nanotechnology and photocatalysis techniques were discovered and develop. The term nanotechnology was coined by Prof. Norio Taniguchi in ICPE first conference in 1974. Nano- (symbol n) is a unit prefix meaning "one billionth". Used primarily with the metric system, this prefix denotes a factor of 10−9 or 0.000000001

Example (1): The length with which the nail grows in one second equals one nanometer.

Example (2): The relative length of three atoms of a matrix of gold metal is about one nanometer.

Example (3): One nanosecond is the time required for light to travel 30 cm in the air.

Nanotechnology analysis helped to discover a group of photocatalysts materials with chemical properties that is capable of to purifying the air and sterilizing internal and external atmosphere of buildings from bacteria and viruses. Since Photocatalysts structure itself does not change its chemical composition when performing its functionality, but only activates existed molecules chemically upon receiving light, it is sustainable and therefore recently various Photocatalysts materials have become a main factor to preserve the purity of the environment.

In fact, photosynthesis was originally introduced in the scientific research paper published on the topic of photosynthesis in 1965 by Professor Can Takao, a pharmacology specialist in the college of chemistry science in Tokyo University. Thus, some of the materials and compounds that have the potential to be catalyzed by light rays were identified and many of them were announced to public, such as Zinc Oxide, Titanium Oxide, Nickel Oxide, Copper Oxide, as well as Metal Sulfide, Mercury Sulfide and others.

It is said that, this research is considered be the first in the world of its kind and there is no current similar research on the same topic until now, however it did not attract the interest of many scholars and as well as decisions- makers whether be in the governmental or commercial sector due to vague knowledge in how to benefit from it, hence to the discovery of nanotechnology played a major role in introducing Nano-methods which made photosynthesis applicable practically.

At that period of time, there have been also similar researches on photosynthesis centered mainly on the Zinc Oxide photocatalyst (ZnO).

Besides photocatalysis research, there have also been studies on the phenomenon of electrochemical catalysis that results when two electro-chemically different are exposed to light. In 1967, a study concerning Tio2 photocatalyst was conducted by Professor Honda Fujishima at the University of Tokyo experimented highlighting platinum electrodes immersed in Titanium Oxide solution. This experiment showed that 1) Highlighting generates hydrogen and oxygen bubbles from platinum electrodes, and 2) Water molecules in Titanium Oxide solution decompose to hydrogen and oxygen because the reception of light. This experiment was named "Honda Fujishima Trail" and was, indeed, the foundation of discovering high efficacy, safety of use and continuous structural stability features in "Titanium Oxide" in comparison with other photocatalysts.

This experiment was published as scientific research in the "Journal of Industrial Chemistry" in 1969, but unfortunately it did not receive enough attention until after several years when it was republished in the magazine "The British Scientific Nature" in 1972 where it met a great response, especially in the developed countries due to the oil shock that occurred in all over the world at the time, the price of crude oil increased fourfold. Relatively the oil shock did not only terrify the people all over world but also did cause a state of panic in international economy which prompted decision-makers to search for an alternative to oil energy, hence the interest in the phenomenon of photocatalysis and photocatalyst technology began.

Air pollution and global warming has become a serious important issue in our modern era, which has led to the emergence and spread of new types of influenza, and other viruses and bacteria. Without exaggeration it can be said today that our time it is the era of environmental measures as most countries in the world focus on finding solutions to environmental pollution and limiting the spread of viruses and bacteria. Therefore, the technology of photocatalysts for coating surfaces using natural energy that can be obtained from the sun's rays or UV lights to purify the environment attracted the attention of most countries’ leaders in the world, as it is an excellent technology for protecting the environment from pollution, limiting viruses and bacteria and providing a healthy and safe life for the human being.

Photocatalysts have many properties that are used to clean the environment compared to other antimicrobial substances, they are harmless and anti-bacteria, viruses and other harmful substances, and also are excellent in the effect of their deconstructive chemical function, which is sustainable by the exposure to light, but lacks by its absence. Moreover, it must be concluded that the function of photocatalysts is limited at the molecular level of the adjacent layer of the surrounding atmosphere as it breaks down bacteria, viruses and other harmful substances, various dirt and harmful odors upon contact only. The correct awareness of photocatalysts’s functionality is essential for proper application.

Table 1 Comparison of the characteristics of Photocatalysts and Sterilizers

One significant compounds of photocatalysis materials that can be highly catalyzed by light rays is Titanium Oxide Tio2 because it is obtained by oxidizing metal of Titanium that is fairly light by atomic number, environmentally friendly as it is also lustrous transition metal with a silver color, low density, and high strength, resistant to corrosion in sea water, and Aqua Regia, chlorine, and it does no harm to human health.
Below graph 1 clarifies the strength of Titanium Oxide in decomposing organic substance by only receiving light, which can be easily obtained from sunlight or other lighting sources such as UV lights used in our daily lives. In addition, Titanium Oxide is sustainable compounds in its task performance as its molecular structure is unchangeable. The chemical decomposition function of Titanium Oxide catalyst can be continuously repeated by the presence of a suitable light.